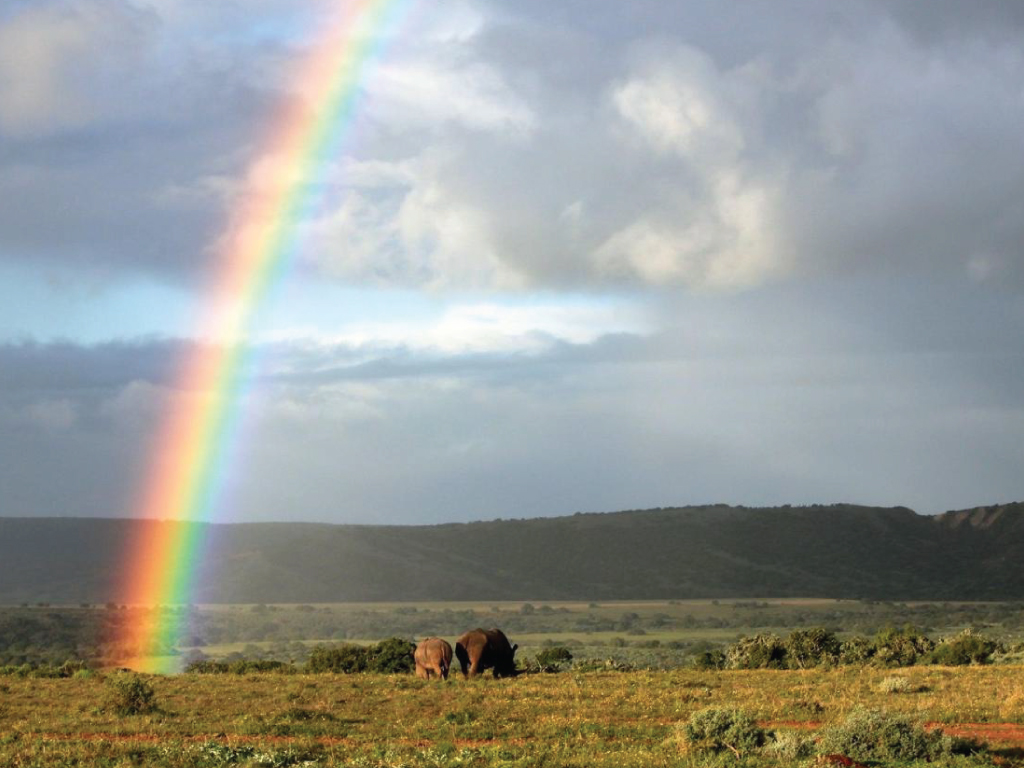 The area east of greater Cape Town (as well as Cape Winelands and Hermanus) is known as the Garden Route. The area stretches all the way to Port Elizabeth. The Garden Route is a mix of modern golf courses, ancient forests, secluded artists’ communities, retirement estates, modern malls, craft centers, mountain hideaways and beach holidays. Its pristine coastline, virgin bush and sub-tropical forests exist as though untouched by time. It’s the home of Africa’s Big Five and South African surfing, and the birthplace of Nelson Mandela (Port Elizabeth). It boasts many natural, historical and cultural attractions and activities.

Its natural diversity is significant: the Eastern Cape incorporates parts of all 7 ecological zones that occur in South Africa and features all 3 of the country’s biodiversity regions, which is further enhanced by its 820 kilometers of untamed, if not wild, coastline. This heralds a colourful assortment of fauna and flora, an abundance of birdlife and a rich and varied marine life, including 27 species of whales and dolphins. Main towns to visit are Oudtshoorn, Mossel Bay, George, Knysna, Plettenberg Bay at Port Elizabeth.